One of the most anticipated expressions of this year’s special releases is the Talisker 8. Talisker, most known for the 10 year old, has harked back to an old standard bottling from the 1970s actually presented with the then leftward facing Johnnie Walker logo. 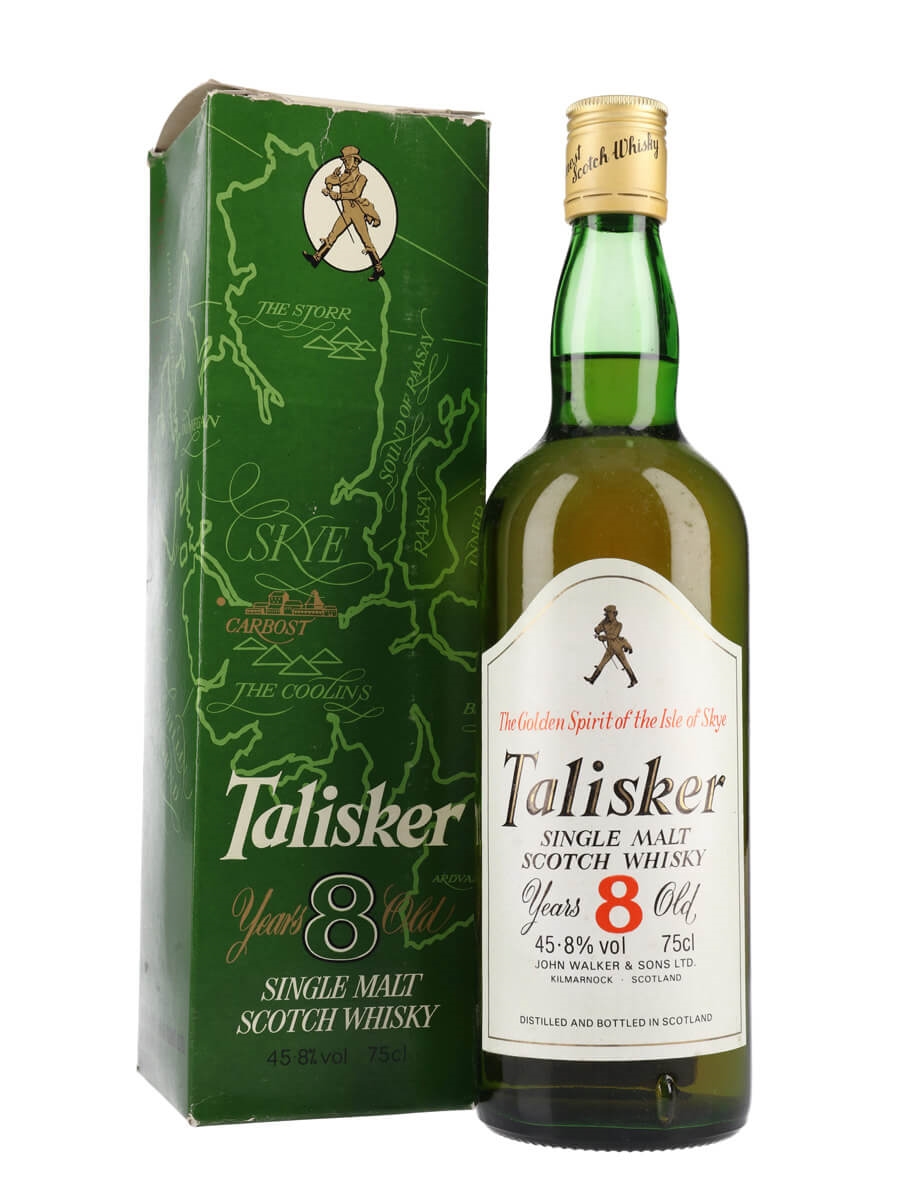 The Talisker 8 was hotly anticipated because the special releases are expensive. They’re showcase whiskies, and are priced as such. But there are two perennial releases that are priced in the “drinker” range (Which I normally put around €100): The Lagavulin 12 and the yearly Caol Ila Unpeated edition, which have ranged from 8 to 18 years. This year, the Talisker 8, at around €70 is even more accessible.

The Lagavulin 8, which wasn’t part of the special releases, came out in 2015 to celebrate Lagavulin’s 200th anniversary and due to its popularity (which probably has to do with the higher ABV it was presented at – 48%), became a part of the core range. Can we expect that to happen with the Talisker 8? This could actually go both ways. The Talisker 25 started out as a special release, first in 2001 as part of the first release, and it then ran between 2004-2009, whence it became a permanent part of the core range, reduced to 45.8%. This route would seem a bit pointless, since the 10 and the NAS expressions have the entry level covered nicely. Thus, another option is to go with this as a yearly special release, like the Lagavulin 12 and the Caol Ila unpeated, keeping the 8 at cask strength. Interesting choices.

The release is currently a bit hard to come by, and has sold out quickly from all outlets, although I assume more will be supplied. Either way, this foretells well for the continuation of the release.

Nose: Creamy malt with peat, salt, some vanilla and oak. There’s a fresh fruitiness like the residual scent after a tangerine was peeled in a room, and a smoky coconut.

Palate: Sweet and citrusy, honey, sweet peat. The citrus here is bright, close to an orange. Pepper and some cooked clove.

Not the most complex dram in the world, but it’s very drinkable. This is a fun dram.

I want to thank Ed Cave for this dram  🙂