The Four Oak is yet another of Laphroaig’s experiments that began its life on the duty free circuit, probably replacing the horrible QA Cask which has disappeared from the listing on the Laphroaig website. Thus, this seems to be an attempt to bring Laphroaig to the masses by “dumbing down” the fabulous Triple Wood, using a different process. The Four Oak is a vatting of whisky matured in four types of casks: ex-bourbon barrels. Small quarter casks, virgin American oak barrels and European oak hogshead. Just to compare, the Triple Wood, had the same whisky transferred from ex bourbon to quarter casks and then to ex Oloroso sherry casks, producing what it, to my palate, the best Laphroaig costing less than £100 (maybe it’s the best non cask strength expression, with some batches of the 10 Year Old Cask Strength being better. That can – and should -be debated 🙂 ).

Between the vatting of different casks (as opposed to finishing the same whisky in different types of wood), chill filtration (unlike the unfiltered Triple Wood) and the 40% ABV, you’re left with a whisky that may be suited for those just beginning their whisky journey, or their peated journey, but one that will leave the experienced malthead less than satisfied.

I think that at this point I can definitely say that I view Laphroaig as being a bit schizophrenic. On the one hand, at cask strength and all the way down to 48%, the distillery offers truly excellent whisky. Indeed, the Triple Wood, Quarter Cask and PX Cask are excellent, and the 1815, while I have some thoughts about its composition, is, nevertheless, good whisky (this is a forthcoming review). However, at 40%, the whisky Laphroaig produces is watery and simply uninspired.

Is this just me and my own personal place in my whisky journey? 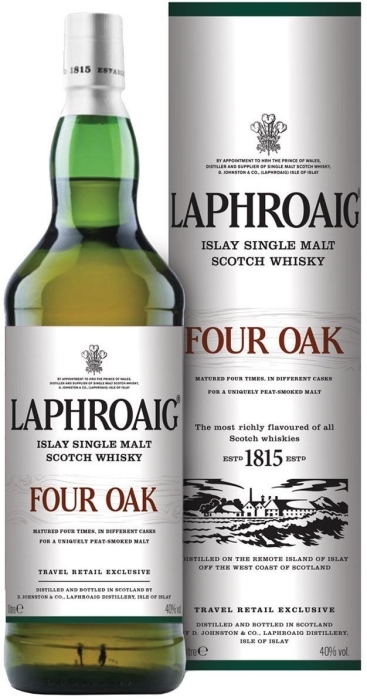 Nose: Malty and sweet, with some brine and a light dose of peat. Orange peel, white pepper and honey appear too. Time brings out more of the malt, with some plastic and TCP.

Palate: Not as intense as I’d like it. There’s citrus rind, some sweetness and a touch of sour cranberries.

Linger: Citrus notes with a soft peat, with almost nothing down the gullet in a very short and unimpressive finish.

This is an entry level whisky that’s easier on beginners to the peated world. Theoretically, it would be competing against other Islay whiskies for that spot, but honestly, other than the Caol Ila 12, it’s largely competing against Laphroaig’s own 10 year old and the Select. Is this just meant to replace the QA Cask in the Travel Retail niche?

Tasted as part of the MMI Monthly club tasting.