Kingsbarns is truly the story of a dream turning into a dram. If there’s something Scotland is known for just as much as whisky, it’s golf, and this is a story of how both met in the mind of Douglas Clement, who was a caddie at the Kingsbarns Golf Links for over a dozen years. Clement realized that there was no nearby whisky distillery, and endeavored to get one started with seed money he raised by pitching to golfers he caddied.

Wemyss Malts, run by William Wemyss, stepped in to purchase the fledgling start up, keeping Clement on as a founding director. Clement saw the project to fruition, and left at the end of 2016 to pursue other interests. By then, the distillery was up and running, and has been producing whisky since 2015. So now the distillery’s official story is that of the Wemyss family vision of bringing whisky back to Fife.

This expression is local barley in a mix of first fill ex-bourbon casks and 10% matured in the late Jim Swan’s process STR casks. 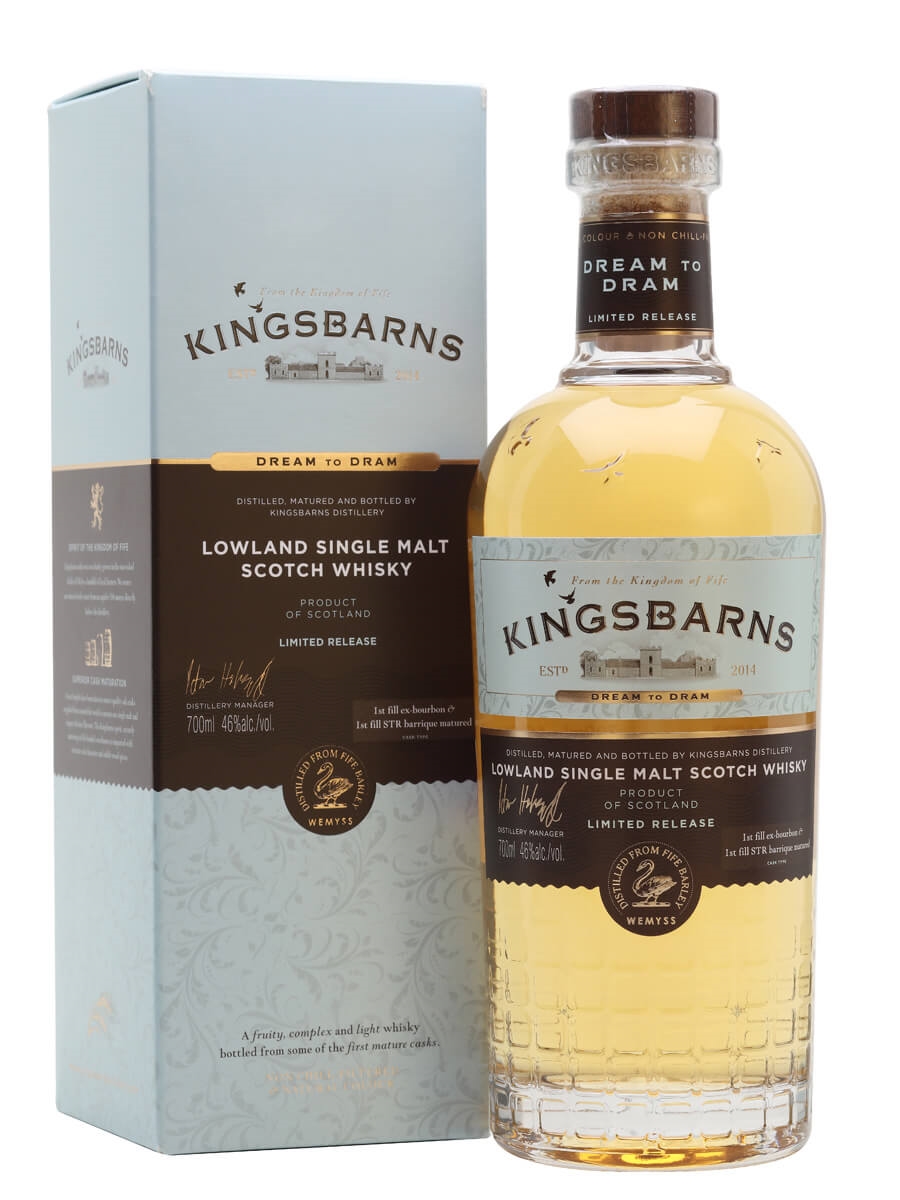 Appearance: Very light gold, with a resilient necklace and rather slow legs.

Nose: The STR casks gives the whisky some maturity beyond its years, as the exposure to the new layer of oak is significant, yet the first fill bourbon casks are definitely making a major contribution to the vanilla and honey character of the dram. Hence, there’s a lot of vanilla on the nose, with some of the red wine showing up with some red fruit. In the glass, you get some lemon mirangue.

Palate: Beneath the honey, the true age of this young whisky comes through clearly. This very much reminds me of young Milk and Honey casks I’ve tasted. There’s a bit of a firey spice in there bordering on the chili pepper.

Linger: Bitter and peppery, with a lot of the spice coating the mouth and the gullet. Short waves of sweetness come here and there among the spice, but that’s the main note.

The STR cask and the first fills work well together. Keeping in mind that it’s a three year old and aged in Scotland (so no violently hot weather to expedite the journey), there’s definitely potential shown here. I look forward to seeing where this distillery will go in the next few years, as there’s clearly a competent hand at the helm here.