This is Kilchoman’s first 10 year old that was available to buy worldwide, released toward the end of 2016. This is a vatting of a sherry butt and a bourbon barrel, and yielded 920 bottles. 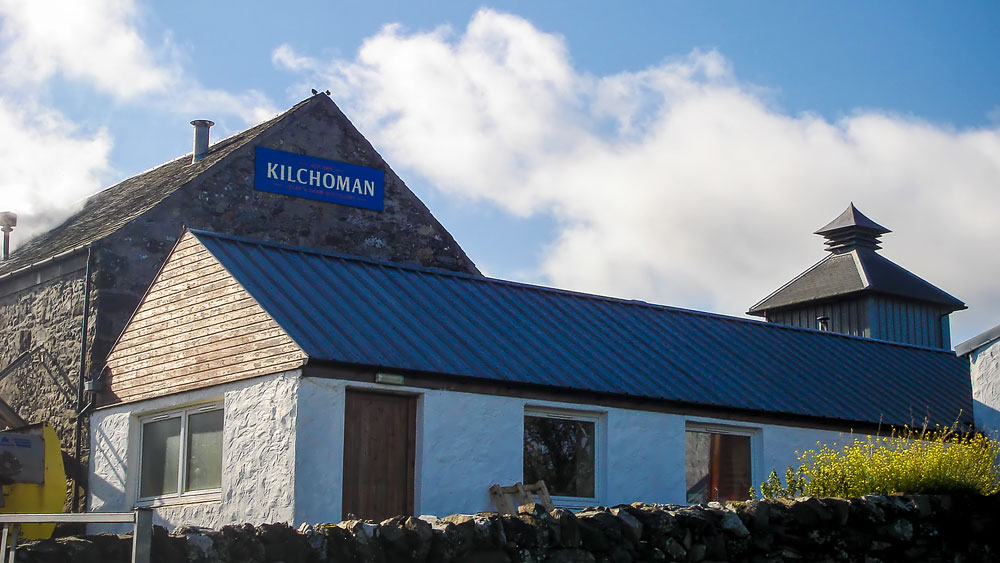 Kilchoman has just completed their new malt house, holding a malting floor and a kiln, en route to doubling the distillery’s capacity. The distillery will also be building a new mash house and tunroom as well as a new stillhouse. All in all, the capacity would rise to 460,000 liters per year.

Appearance: Copper, with a pretty sturdy necklace holding the whisky droplets for a long time.

Nose: Green bananas and fresh apples, with vanilla custard. The maritime wet peat is right there, with some chalky ash and balsamic vinegar. The bourbon barrel here was really very dominant. Time in the glass skews it a bit toward sherry sweetness, and water makes it more briny.

Palate: Fruity, almost tropical fruit, and spicy, with the kilchoman peat coming in less as the typical ash and more as a sweet, almost milky sweetness. I would imagine a smoky dulce de leche just like that (just think of what smoky alfajores might be like). Held further in the mouth, I get allspice and green cardamon, together with the crushed black pepper.

Linger: Vanilla and peat, with a serious sweet note on the tongue. The ash and citrus are there, but they’re more pronounced with water, which kind of brings the whole, pretty long, linger alive.

This is a complex vatting of two great casks that work quite well together. It can also take water quite well, and finds that a few drops spruce it up, taking it more to its ex bourbon origins than to the sherry.