After trying the 1987 single cask (AKA Sage Galore), we turn to the Glen Garioch 1979. Now every once in a while you have a dram that makes you understand something new about whisky in general or about a certain distillery. When it’s you favorite distillery that you have the that understanding, it’s even more exciting. 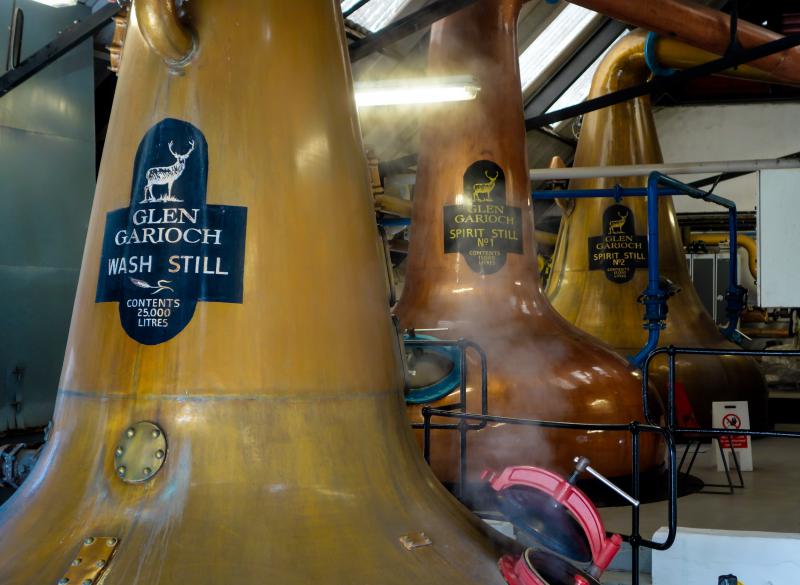 I have written about Glen Garioch’s dark 1980s, indeed, the whole Morrison Bowmore’s troubled decade. This decade left Bowmore with a pretty shoddy reputation, which has been admittedly rebuilt since the Suntory involvement. Suntory bought a stake in the company in 1989, and fully took it over in 1994. I have raised the conjecture that the soapy lavender prevalent in Glen Garioch from those years and Bowmore’s “french whore perfume” were products of the yeast used by MBD during those years, but I obviously have no way to prove that.

What I have learned is that while 1978 was a high point for the distillery and a very sought after vintage, the herbal decade actually started in 1979. This cask has all the characteristics of a mid 1980s cask, so I would love to check a few things:

Nose: Polish and dried fruit with notes of prunes, figs and apricots, cinnamon, nutmeg and a hint of fresh mint. Dry and somewhat chalky with a hint of smoke on the wind. The apricots shift toward canned apricots with the wood spices coming round softer. There’s cake on the nose, but it’s more an English cake than a Christmas cake and a cherry liquor filled chocolate. There’s also a coniferous note in there with vanilla and a touch of vinegar.

Palate: Herbal with lavender and mint over a compote of plums. There’s a herbaceous bitterness, with white pepper and cinnamon, and a hint of chocolate and cherries.

Linger: Sweet lavender and dry mint linger on the tongue. Dry and tangy, with a touch of sweetness that remains on the tongue. There is a bitter note that stays on.

This dram takes me back to what is probably the earliest instance of the herbal notes of the 1980s. No 1978 that I tasted (and there were a few of them) had it, and by 1990 it was gone. Fascinating piece of Glen Garioch history, and a beautiful choice for CWS!

Thank you very much, Derek Zhang!