This is the second release in Milk and Honey’s portfolio of the 2014 experimental casks. They were distilled in 2014 to check the character of the spirit, and were distilled by the distillery’s master distiller Tomer Goren and the late Dr. Jim Swan. 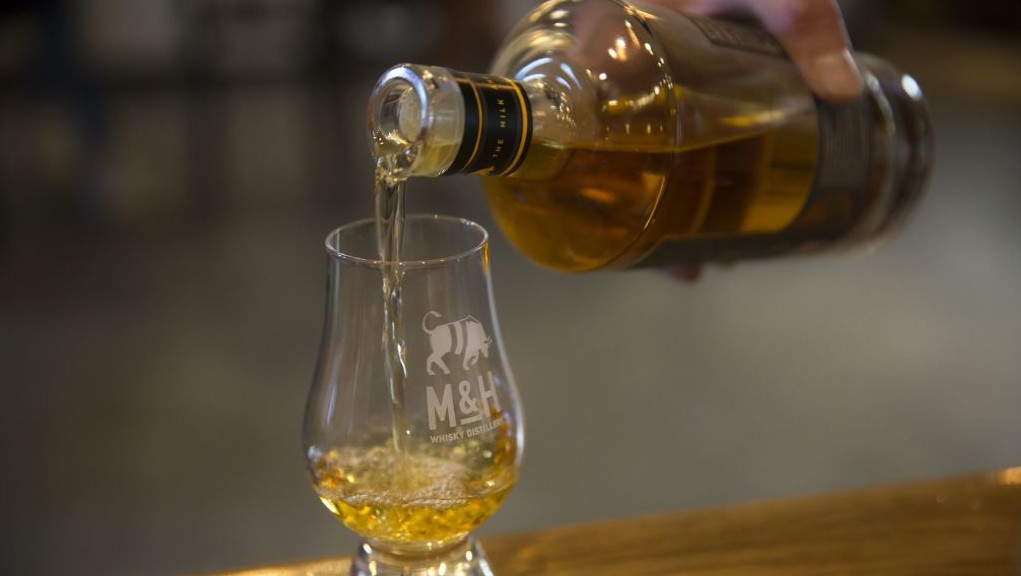 This is a lightly peated version, that was peated locally by Tomer for this run. It then sat for 28 months in a virgin American oak cask, and was then finished in a first fill ex bourbon cask for an additional 15 months.

While this isn’t a Whisky Live Tel Aviv bottling, it will be making its debut at the show.

Nose: This definitely doesn’t belie its three year and seven months of age, as it feels quite mature on the nose. Vanilla greets you with a hint of peat, hay, a hint of brine and cardamom. With a little bit of time in the glass you get white pepper and some floral notes.

Palate: Here the peat is much more noticeable, with pepper and peat playing over citrus sweetness and a lemony cleanliness.

Linger:  Peat and freshly ground black pepper, with some bitter grapefruit rind and mild spiciness around the gullet. The finish is long, and a sweet honey note appears after a bit on the tongue. The finish is really where the peat shines through, leaving your mouth smoky

The local peating really works in with the spirit, and it seems that the peated runs the distillery makes will be hugely successful. This cask is pretty mature on the nose, and bodes very well for the regular whisky expressions expected sometime in the next year or so.