There are few things that get a whisky aficionado’s blood pumping like the opportunity to taste ancient drams from his favorite distillery. It gets even more special when they are both distilled on the same day, one presented at 46 years of age, and the other at 60 years of age. Yes, mind blowing 🙂

The 1958 official release from 2004 has been on my sites for a few years, and it took a friend at the Old and Rare show to buy me a sample of this beauty. 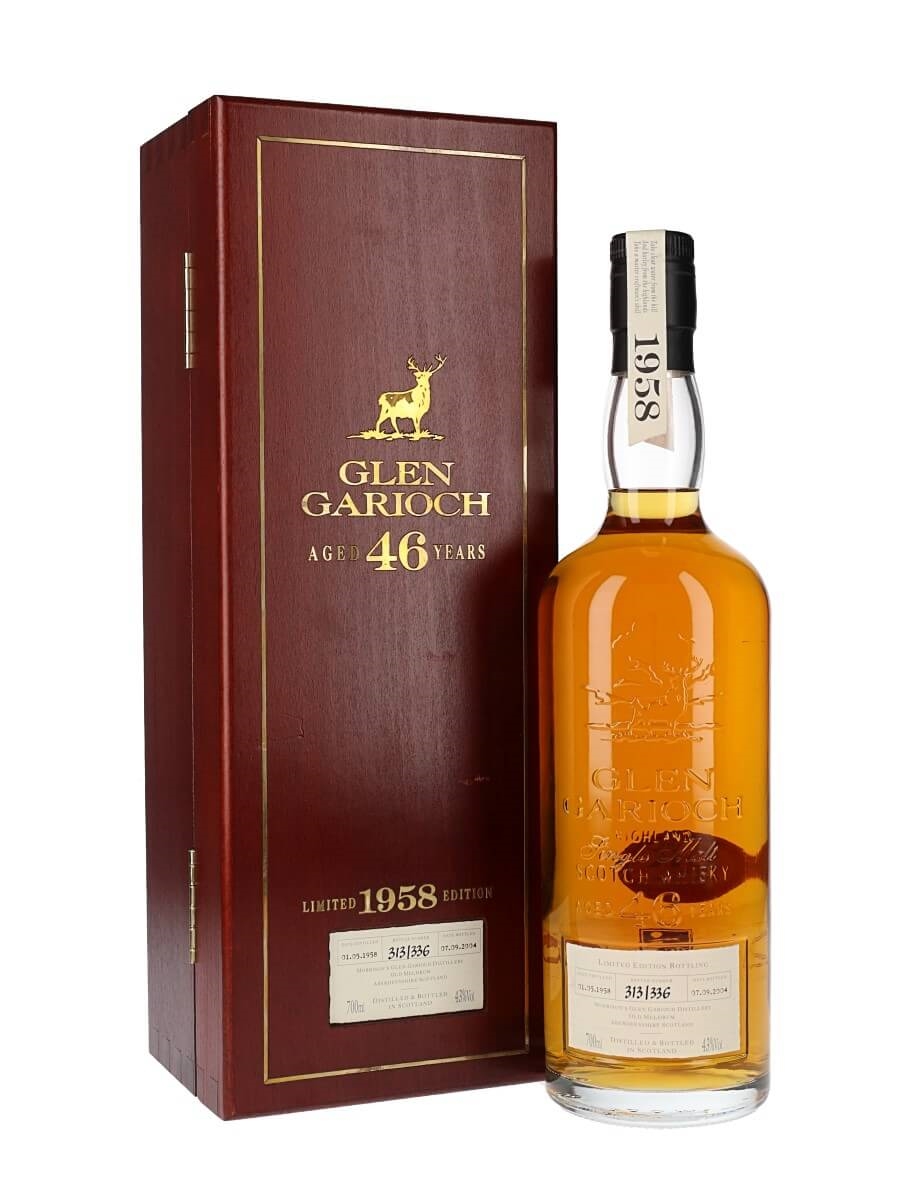 Nose: It smells like a typical old school old timer, with a lot of oak and sherry notes, concentrated honey, confectionary notes, the sweet cinnamon you get in baked apples and the barest whiff of peat. Over time, more tropical fruit comes in.

Palate: Somewhat watery with a sweet wash of honey and oaky spices, with a hint of peat, less in the smoky sense and more in the burnt wood direction. There’s also some herbality in there, halfway between sage and eucalyptus.

Linger: Bitter and dry, with quite a bit of grapefruit peel. It leaves your tongue feeling creamy and has an interplay between sweet and bitter, with both of them leaning toward the spicy.

This is whisky the way it used to be served, slightly watered down and probably chill filtered. It’s oaky and bitter and would have probably been far better at around the 30-35 year mark.

Appearance: Light bronze, Viscous with a very long lasting necklace and a lot of residue.

Palate: Herbal and not quite delivering on the nose. There’s something lavendery on the palate, reminiscent of the mid 1980 Glen Garioch. Dry with notes of coffee and some dry fruit, which appear through the lavender. There’s pepper that comes through, too.

Linger: Herbaciously bitter and oaky. There’s some sweetness that comes through on the tongue and some spiciness down the gullet.

If the OB 1958 nose was music in mono, this cask is playing full stereo, despite being only 40.7% at full cask strength, a decade and a half down the road. However, the nose is so vibrant, that the Palate is almost a shock, although at 60 years of age, it really shouldn’t be.
All in all, both expressions are an incredible touch of the past, but even incredible casks, like the single cask, would have a very hard time shining after six decades.

I’d like to thank my very dear Lorenzo Dutto for sharing the single cask with me!