Tobermory 12 is an “upgrade” to the entry level Tobermory core range, replacing the 10 year old, as the distillery comes back online after a major upgrade.
Going into this article, I will mention that Distell is on the whole my favorite multi-distillery producer in Scotland, with all three of their distilleries (and four brands) right near the top of my favorite distilleries. In fact, my collection has more Distell bottles in it than any other company, with a single exception of a certain Eastern Highlands distillery (I know you all know which one 😉 ).

Derek Scott, brand director at Distell, said in an interview for scotchwhisky.com for the reopening of the distillery: ‘We came to the conclusion that while the 10-year-old Tobermory was a great whisky, it really hadn’t quite reached its full potential. It’s quite a big change to an old, established brand like Tobermory, but what a difference a couple of years makes.’ 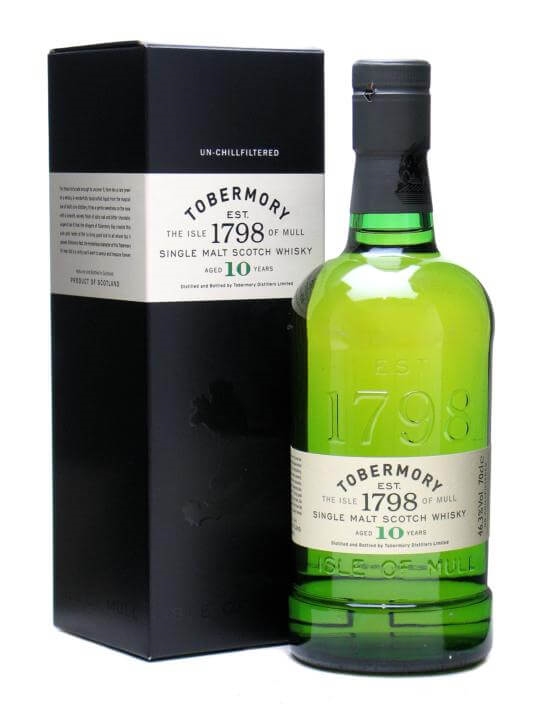 But that isn’t the whole story. In an interview last week on scotchwhisky.com, Stephen Woodcock, who oversees operations for Distell in the three distilleries, told us the real reason for moving the very successful 10 year old to a 12:

‘Those new stills won’t change the way we distil our whisky. If you’ve got a good thing going, you don’t change it. However, what we have done is rebranded the Tobermory 10 to a Tobermory 12, relaunching it with new, vibrant packaging. The 10-year-old was a fine dram and to be honest, we were underselling it. But rather than being cynical and just increasing the price of the bottle, we’ve premiumised it by leaving the whisky for a couple of extra years in the cask. Those two years have added a nice round maturity to the whisky, coupled with a sweetness the 10-year-old was lacking. I believe the age, the quality of the spirit and the price point now all tie together beautifully.’

You can read the full interview here, but it seems pretty clear that Distell was simply unhappy with the profit margin on the 10, and wanted to push the entry level expression into the next bracket of price, to support the new ‘premiumization’ of the distillery.

So the price went up from 32 to 42 Pounds (35 to 45 Euro) for what is essentially the same whisky, held for two more years in ex bourbon casks. But how different is the 12 from the 10?

First, you might want to peruse my 2015 review of the Tobermory 10 here. 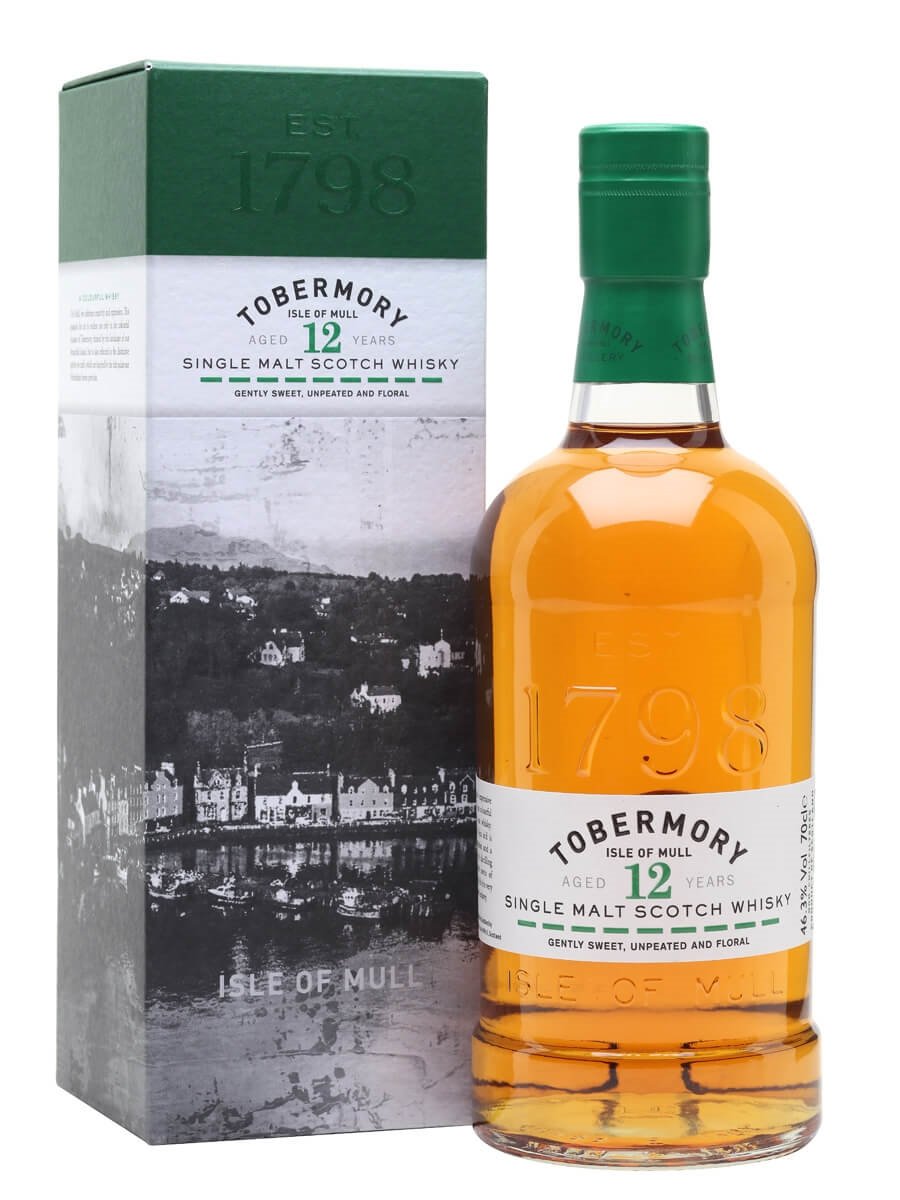 Nose: Fresh and salty, with a yeasty cerealness. Some unripe banana, with a hint of baking white bread. Further back lay some tropical fruit, with green mango and barely ripe papaya, with a squeeze of lime.

Palate: Honey and citrus peel, with some light pepper and a return of the overall sweetness. In the second sip, the spice is more complex, with white and black pepper, a hint of nutmeg and a dusting of chili, with a pinch of salt.

Linger: Pepper and some grapefruit peel, with a hint of the salt on the back of the tongue. Honey comes up from time to time in the finish too. The gullet has some spice that lingers on and on.

It seems like the maritime character was amplified over the 10, together with an emphasis on fruit. This is a good entry level dram, which will easily be a staple on my basics shelf – alongside Glen Garioch 12, Bunnahabhain 12, Clynelish 14, the Aberlour Casg Annamh and a south Islay peat monster such as the Laphroaig QC, PX or Three Wood or an Ardbeg (currently an Oogie, but they tend to rotate).

But Is it a 30% improvement on the 10? I’m afraid the answer is yes, mainly if you’re one of the bean counters at Distell….