If there’s one whisky book I diligently make sure I have, it’s Ingvar Ronde’s Malt Whisky Yearbook.

When the book landed in my mailbox, delayed as usual because of the Israeli Postal Service, the first place I turned to was the perennially excellent The Year That Was section (on page 260). 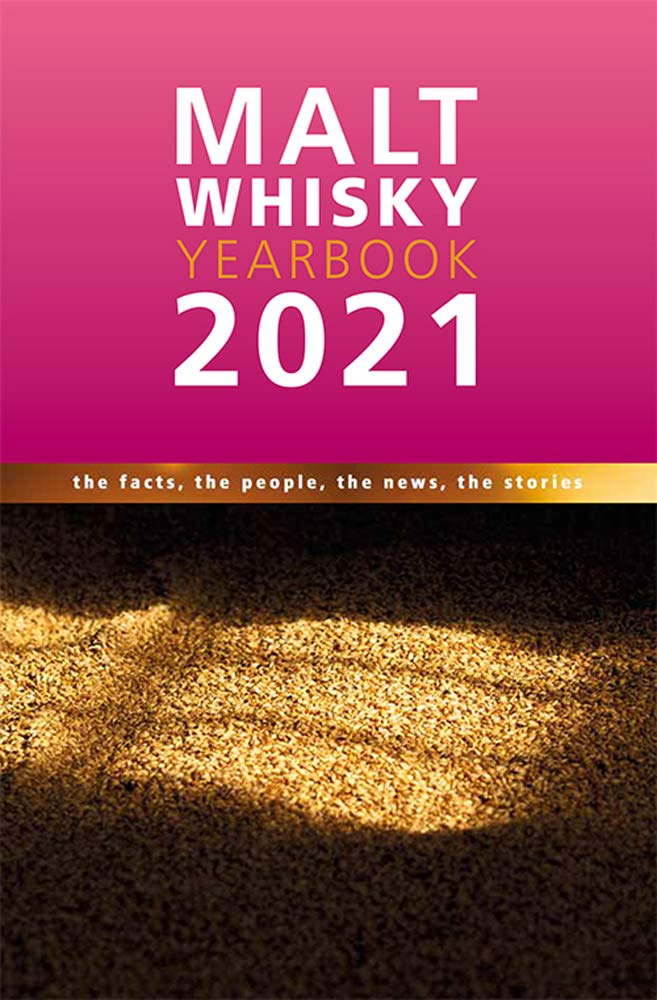 To me, this section is your “industry crib sheet” for the year. Perusing it I learned that single malt was still showing double digit growth in 2019, both in volume and in value, and that overall whisky is doing relatively well in an overall declining market for alcohol.

In a new section appearing this year for the first time, Ronde ranks countries by the relative percentage of single malts out of the whole Scotch whisky import market. We’re not surprised to find Taiwan (47%) and the USA (22%), alongside Singapore (26%) and Germany (19%). Most surprising, or maybe considering what I know is actually happening in this market this should be less surprising, is that Israel closes out this list with a 14% single malt share, putting it 10th in the world!

The section then goes on to three factors that made 2019/2020 really challenging years for Scotch whisky. I’ll leave the details in the book, but I’ll mention the COVID-19 is obviously one those factors. Alongside the pandemic, the US tariff wars with the EU imposed a 25% tariff on Scotch (coming after the EU imposed a tariff on American Whiskey), and the US was seeking to raise that to 100%, but nobody is sure where that is going in the wake of COVID-19. Lastly, if alcohol consumption numbers remain as low as they have been measured among Gen-Z (15-25 year olds), this trend bodes a whole world of trouble for whisky (and whiskey) makers. This section ends with a rundown on the year for the major producers, with quite a bit of interesting thoughts and information about 2020. Glenfiddich is still firmly in the global lead over Glenlivet (the former sells just over 18 million bottles and the latter at 15.6 million bottles). You’ll recall that in 2015 Glenlivet leapfrogged into the first place for single malts, but Glenfiddich did what Glenfiddich does best, marketing, and has grown by an impressive 40% since, reclaiming the top spot once again a couple of years back.

As usual, the first part of the book includes in depth articles, with Charlie MacLean looking at malting and the effect the move from distillery floor maltings to centralized drum and pneumatic maltings had on whisky flavor. Joel Harrison addresses the question of how new distilleries might bring something new into the fray, rather than making more of the same type of Scotch whisky. On that issue I’ll mention what my friend Nitai Morgenstern, manager of Israel’s peated Yerushalmi Distillery told me during my visit to the distillery: “I’m never going to be able to out-Lagavulin Lagavulin, and I’m not going to try. My job here is to make Yerushalmi an experience that is different to anything you can get out of Scotland, or I don’t really have a right to take up space on store shelves worldwide”.

Ian Wisniewski explores the mechanics of whisky tasting, bringing science together with some thoughts from the top masters in the industry. My favorite article was Neil Ridley’s look at the ‘Old vs. New’ divide in the whisky world. The nostalgic thought that ‘the good ol’ days’ were better. Ridley points out, rightfully, that modern day production and management methods allow for much more consistency than in older whisky, where hit and miss was more the rule. His conclusion is that there is no real resolution to this question, as long as the whisky producers are focused on keeping a character to their whisky as opposed to being “vanilla”. My personal view on this is that I’m actually very happy with the place the whisky industry as a whole is at the start of the third decade of the century as far as production goes (without going into questions of pricing here). I think the greater consistency on the core expressions is fabulous, and both production and wood management shows. There’s also a great variety of single casks bottled (both as OB and independently), allowing a greater than ever exploration of whisky. However, I do think that the advances in science and management can allow producers to go back and explore older production methods, such as floor maltings and locally grown old strain barley with the greater consistency available nowadays. Gavin Smith takes us back to ten single malts (well, nine. One is a blended malt) that created something new in the industry. My first thought was that I would have included the Balvenie Classic as the first expression finished in another cask. This wasn’t an oversight, Mr. Smith simply holds that credit in Glenmorangie’s court, with the Glenmorangie 1963, despite having been released later than the Balvenie.

Lastly, Jonny McCormick takes us into a defining moment for American single malts and the true ‘wild west’ frontier of innovation happening in the USA now in this field. It makes for a very interesting read with new and upcoming names in the industry I’m sure to follow.

The one thing that’s very clear from reading the articles as a whole, is that the industry has some ‘superstar presenters’ who are interviewed and quoted multiple times in various articles. I was thinking I would have liked to have a review of how the whisky industry dealt with the last real pandemic, but in 1918 the industry was ravaged by four years of war and a two decade slump. So much for that idea 🤷‍♂️.

The main section of the book is, of course, the Scotch distillery profiles, where the well established active distilleries get a full profile and newer distilleries get a shorter profile in the New Distilleries section. A short profile is also provided as a memorial for distilleries that didn’t make it, from the very coveted and currently resurrected Port Ellen, Rosebank and Brora to the nearly forgotten Lochside. Interestingly, the only distilleries profiled are those who were active in the author’s lifetime, which is an interesting editorial choice, and one I rather like. Of course, there are books that trace every licensed distillery in the UK going back to Victorian times. Another section lists single malt distilleries around the world, including a section on our burgeoning local distillery scene here in Israel.

I did notice in the entry for Glen Garioch (yes, it’s the first one I read if that wasn’t obvious) that some information needs some updating, as the Vintage expressions are no longer “recent” (they were released in 2010 through 2014) and some of them are omitted: Vintage 1986, 1991 (it’s a beauty, try to taste it!), 1995 (another belter!) and 1999 are not listed, nor is the release of the Virgin Oak No. 2. But after you read my conclusion below, you’ll agree with me that this is pretty minor.

There are fascinating one page “chats” (interview and a short profile) with some largely retired whisky legends, such as Michael Urquhart, Alan Winchester, Frank McHardy and Jim McEwan, which make a perfect accompaniment for a dram. Of course, this reading would be very much augmented by matching your dram to the whisky-maker.

I’ll just conclude noting that this blog is now included in the Yearbook’s Websites to Watch section, which is a nice recognition for Malt and Oak. Now I have my sights set on getting an asterisk 🙂

I feel that recommending this book to my readers is a bit superfluous, as the Yearbook precedes my own entry into taking whisky as a serious hobby and, obviously, this blog, so anybody serious about whisky will already be a reader. Nevertheless, unlike other yearbooks in almost every field – which are meant to keep the professional up to date until the next edition of the canon text, The Malt Whisky Yearbook strives, and succeeds, in being independently valuable as a stand-alone book. Hence, I keep all my previous copies (I have them dating back to 2010), as there’s very valuable information in each of them, beyond the distillery profiles. In fact, I feel that this is where Mr. Ronde’s work shines through.

Doing a yearbook has some serious challenges:

I don’t know if you’ve noticed this going from year to year, but the text description on each distillery is rewritten for each edition. Beyond the yearly change of focus on the distillery, it also lays out the planned work schedules and production plans for the year, as well as new expressions and other news relating to marketing aspects of the business. So basically, you’re reading a new book, that feels very very familiar. Reading through successive years of coverage on the same distillery gives the reader a subtly different view on the same “object”.  That’s a form of art.

The Scotch industry is pretty huge when you try to cover every important change, plus keep tabs on single malt distilleries all over the world. Here, again, Ronde shines.

The fun thing about the Malt Whisky Yearbook is that even now that I’ve “finished” reading it, I know I’ll be reaching for it frequently as a reference going forward, well, at least until the 2022 edition comes off the press.

If, for any reason, you don’t have a copy, this would be a good time to get one 🙂