Balblair revamped also the duty free range, offering the 12, 15 and the future 25 years old in travel retail, but has chosen to offer the Balblair 17 instead of the 18 year old. Why keep 75% of your core range on travel retail shelves just to replace a single expression? This is the third time I’m coming up dry in my quest to understand a move the distillery is making, but I guess the marketing guys do (or at least I hope for Inver House that that’s the case).

You have probably seen my take on the the new core range, and if not, you can see it here.

Either way, it is what it is, and now it’s time to stop ranting, and turn our attention to the liquid in the bottle: 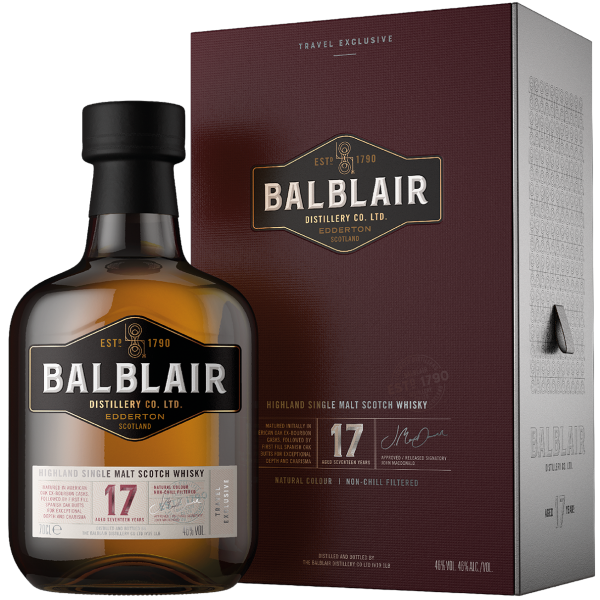 Appearance: Bronze, with a thin necklace and sluggish legs.

Nose: OK guys, what went wrong? I was expecting a step up from the 15. Totally subdued with varnish and some sour farmy notes. The sherry is shyly hiding behind some red fruit jam. A hint of dried apricot and some white pepper. A drop of water brings out a whiff of honeysuckle and a touch of chocolate.

Palate: After an initial spicy wash, fruit galore come through, with hints of red apple and pears, with some faint hint of waxy feijoa and some dried pineapple.

Linger: Pepper and some earthy dryness. There’s a small hint of sourness and a lot of sweetness, with lovely spice running down the gullet.

The nose is weird, but the palate and finish are great.

While the 15 would win on the nose, this expression is the better sipper, but both are flawed.

So Balblair went ahead and did it. They have actually taken the one thing that made them totally special and chucked it out the window. No longer specific vintages with an ever changing core range, rather a regular and quite mundane aged range, with a Balblair 12, 15, 18 and 25, with a 17 year old for travel retail. 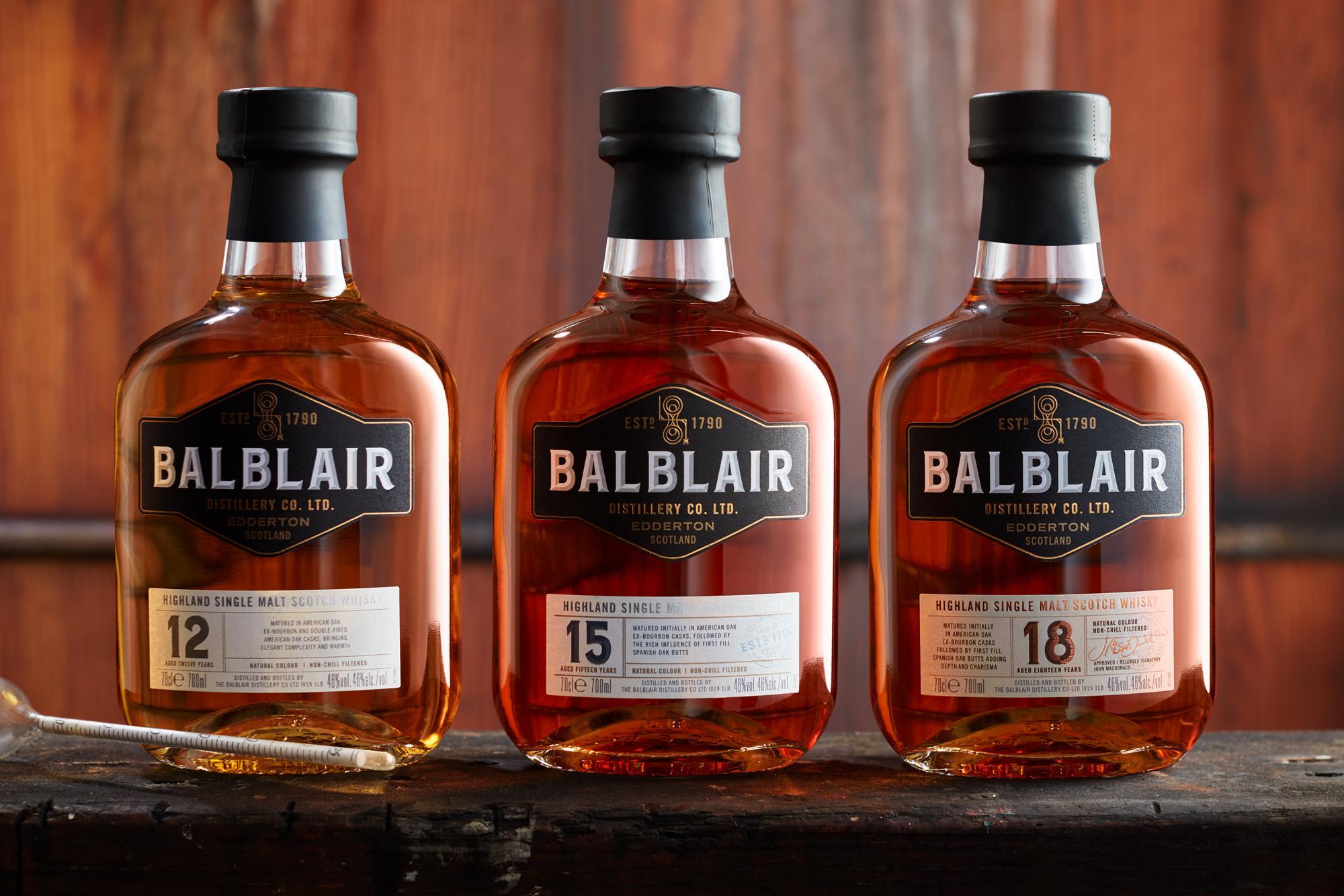 Now Balblair is just another distillery, offering the same old core range. It’s not so much the vintages, as having different aspects of the same aged whisky be brought forth either with later same vintage releases, or with having the option to compare different vintages at the same age. Either way, this is a thing of the past, and Balblair will now be competing in the red ocean of every other 12, 15 and 18 year old expression, including against Inver Houses’ own Old Pulteney (switching to a standard 12, 15 and 18 year old instead of the 12, 17 and 21 of old) and AnCnoc’s 12 and 18.

Will it make things simpler for marketing? Who knows. But I have written in the past high praise for the vintage approach (see here) and I stand by that opinion today. Will it increase sales? I don’t think so, as if I were likely to buy a couple of vintages, I’d now keep just one bottle of my favorite of the core (the identity of which will probably surprise you….).

While at it, the bottle and distillery logo have been redesigned in the shape of the Pictish Z shaped carvings on the Clach Biorach stone located near the distillery.

I got to taste the 12, 15, 18 and the 17 year old travel retail exclusive, and here are my notes and thoughts on the three core range expressions hitting stores as we speak:

This expression is matured in double-fired American oak casks and ex-bourbon casks. I’m not really sure what “double fired” means. Being somehow distinct from bourbon casks would suggest that those are virgin oak casks undergoing a double toasting and/or charring. But not being a regulated term, who knows.

On to the notes:

Nose: Lemon meringue pie with honey drizzled on top, black pepper and fresh hay. In the glass after time, you get the pie base pastry with a lot of vanilla and a hint of green almonds and a sprinkle of cinnamon.

Linger: Bitterness and spiciness in a pretty long finish, some of the green apples linger. Finish is dry, with a lot of spiciness on the palate.

Not bad at all for a fully bourbon matured entry level whisky, and it’s actually my favorite of the trio.

The 15 was matured in ex bourbon casks, and then finished for an undisclosed time in first fill Oloroso sherry butts.

Palate: Sweet, dry and spicy waves wash over your tongue, with cinnamon and dried apricot leather.

Linger: Cinnamon and a hint of clove, dry spices that leave a tingle all over the mouth, and it’s a pretty short finish.

The 18 has the same profile as the the 15, with the whisky matured in ex bourbon casks and then transferred to first fill sherry casks for a finish, once again for an undisclosed period.

Appearance: Copper, thin legs with a viscous necklace leaving a lot of residue on the glass.

Palate: Toffee and honey, with a hint of sherry and red apples. There’s also some leather and oak.

Linger: Dry and spicy, with some apple. Pepper on the tongue and down the gullet, with a note of bitterness.

This is the most well rounded of the lot, but I’ll be blasphemous enough to say that by this point I’ve concluded that the 12 is my favorite…

I’m neither happy with the move away from vintages nor am I particularly happy with these specific bottlings. I do like the new logo though….