GlenAllachie 15 is the final release of the distillery’s core range. It follows the 10 Year Old Cask Strength, the 12 Year Old, the 18 Year Old and the 25 Year Old. I reviewed three of them earlier, except for the 10 Year Old. 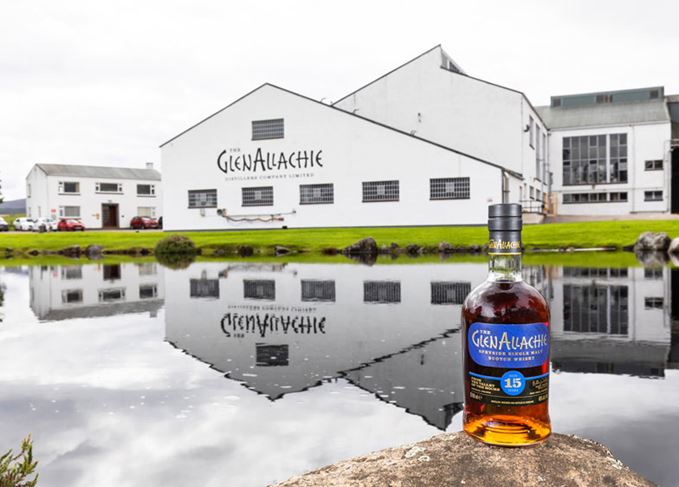 I’m now getting to the newly released 15 Year Old, which I got to taste at Whisky Live Paris 2019 which I recently attended. 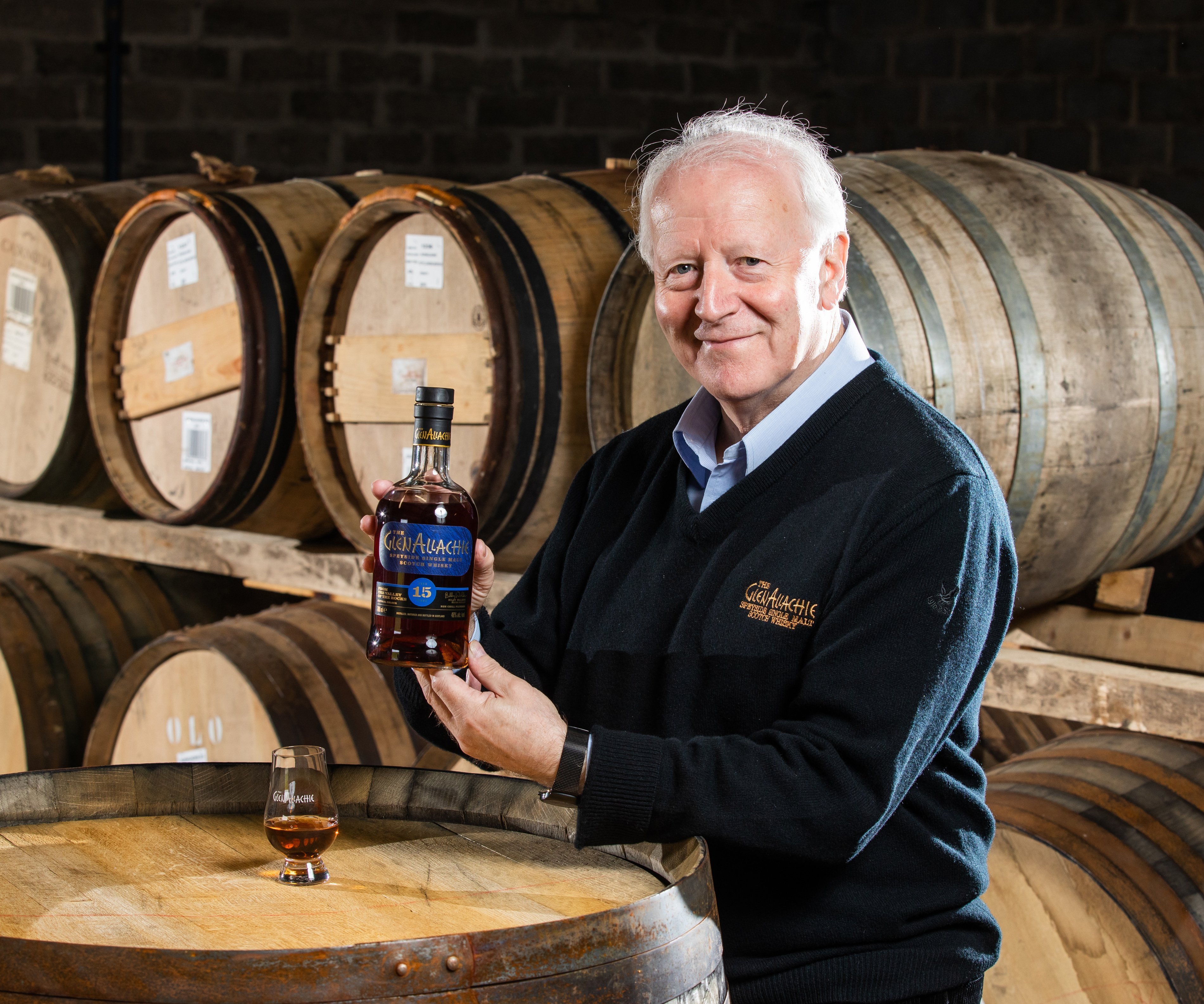 Billy Walker and the 15 Year Old

I assume that the reason that the 15 wasn’t released together with the 10, 12 the 18 and the 25 is because this is supposed to be GlenAllachie’s answer to GlenDronach’s 15 year old revival. This seems to be mostly whisky finished in (very good) sherry casks, but not fully matured in them. Hence, I think it’s too early to start making such comparisons with any other brand, at least until the juice at GlenAllachie is either fully matured in sherry or has a lot longer to sit in the casks, but this detracts absolutely nothing from this dram. Judging this dram on its own, you’ll find a beautiful sherry bomb, with my only criticism being possibly the depth of the sherry influence on the palate.

This bottle is definitely one I’ll be buying! 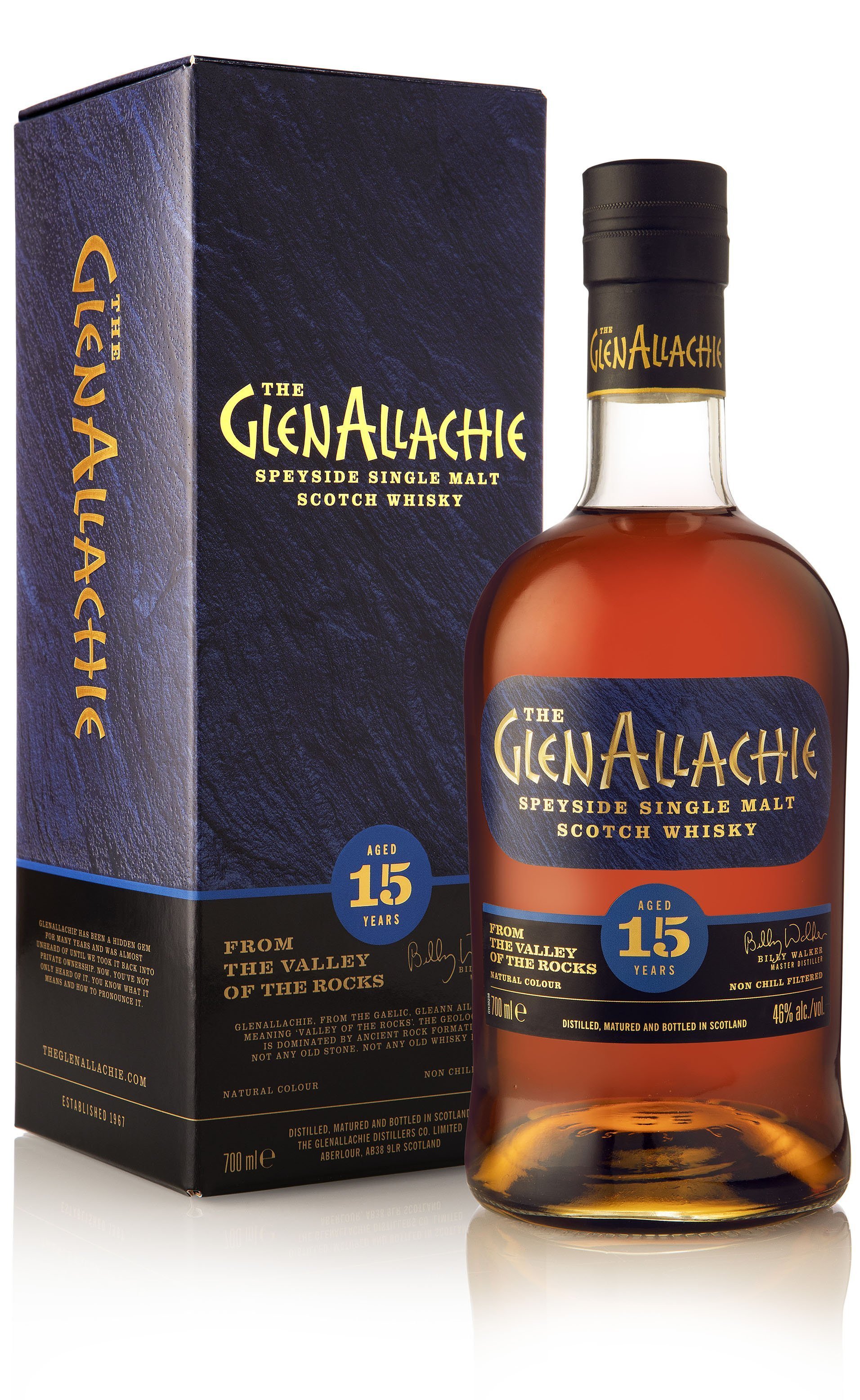 Nose: This is a true sherry bomb, with treacle and chocolate, leather and a hint of tobacco leaf. Dried peaches, apricots and figs over date honey, with cinnamon and a touch of clove.

Linger: Tobacco leaf, cinnamon, hint of molasses and clove. There’s a lot of dryness, almost a little powdery. There’s a spicy ring around the gullet.

To me, this is the cornerstone of the core range.
This was clearly a finish, albeit in great sherry casks. I can’t wait to see what full sherry maturation of the 15 will bring out in the future. It’s important to note, though, that this future projection takes away nothing from the very high quality of this expression as is.